Sue has trained for many years with Stephen Clarke, Carl Hester and Bert Rutten. She enjoys teaching riders of all levels and is encouraging and supportive in her approach, training many riders to win and be placed at Regional and National level. She has trained pony, junior and young riders to International level.

Sue started riding aged 5 and was a member of the Pony Club. She competed successfully eventing and showjumping. Her first horse was a five year old showjumper, Melton Farmer. They were successful in dressage, showumping and eventing. Sue started training with Stephen Clarke and got the dressage bug! She gained a place as a working pupil in 1990 and this led to her becoming a finalist in the Dressage Talent Spotting finals of the same year. Sue trained her horse Melton Farmer (Filly) from Novice to Grand Prix and Internationally at Prix St George and Intermediare I in four years. Sue became Head Girl for Stephen for four years and stayed ten years in total, running her own business from his yard in Holmes Chapel, Cheshire.

“Stephen was my mentor and has been a big influence in my success and career”.

In 1995, Sue was one of eight riders chosen from hundreds of candidates to be a member of the “Young Trainers Scheme”. Being part of this scheme was an amazing and invaluable experience for Sue and she got the opportunity to travel Internationally to the best trainers yards and competitions in the world. These included: Frankfurt CDI, S’Hertogenbosh, Conrad Schumacher, Warendorf – Nicole Uphoff and Klaus Balkenhol, George Theodorescu and the PSI Sales. Being a member of the Young Trainers Scheme also involved training with Bert Rutten which then led to regular and long term training with Carl Hester, who remains influential in Sue’s riding and training methods. “By gaining more knowledge, I am able to put more back into the sport, passing on the correct training methods to my pupils and their horses”. 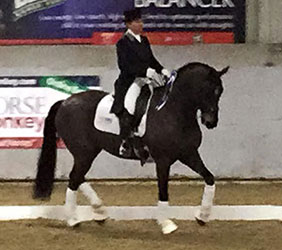 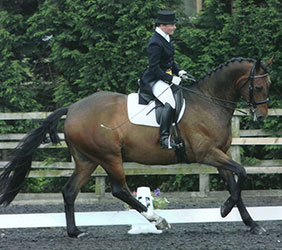 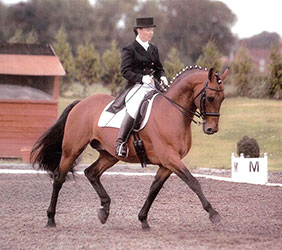 Emily started riding from age 5, enjoyed an all round background of pony club, show jumping and Eventing. Aged 14 she was lucky enough to ride and compete her mother’s advanced stallion Jamaraki, a big step from competing pony club level and Eventing tests to advanced medium in less than a year. She got the dressage bug, even though still Eventing started competing FEI junior level with Remarkable with great success, shortlisted for European team 2015 and 2016. Selected for British team at 2017 European championships with Remarkable, where they were the best british junior rider.

A move to Holland to work for and train with Anne van Olst for three years at the start of 2016 at just 17 years old improved her riding and knowledge dramatically, gaining high placings and percentages at several international shows throughout 2017.

In 2019, Emily spent 6 months in Germany, training with Joern Kubelke, returning to the UK for a time for coaching, taking in horses for training and competing.

In December 2020, she traveled to The Netherlands to train with Bert Rutten.  Initially, she was to be based there for a few weeks but she remained, with no immediate plans to come home. 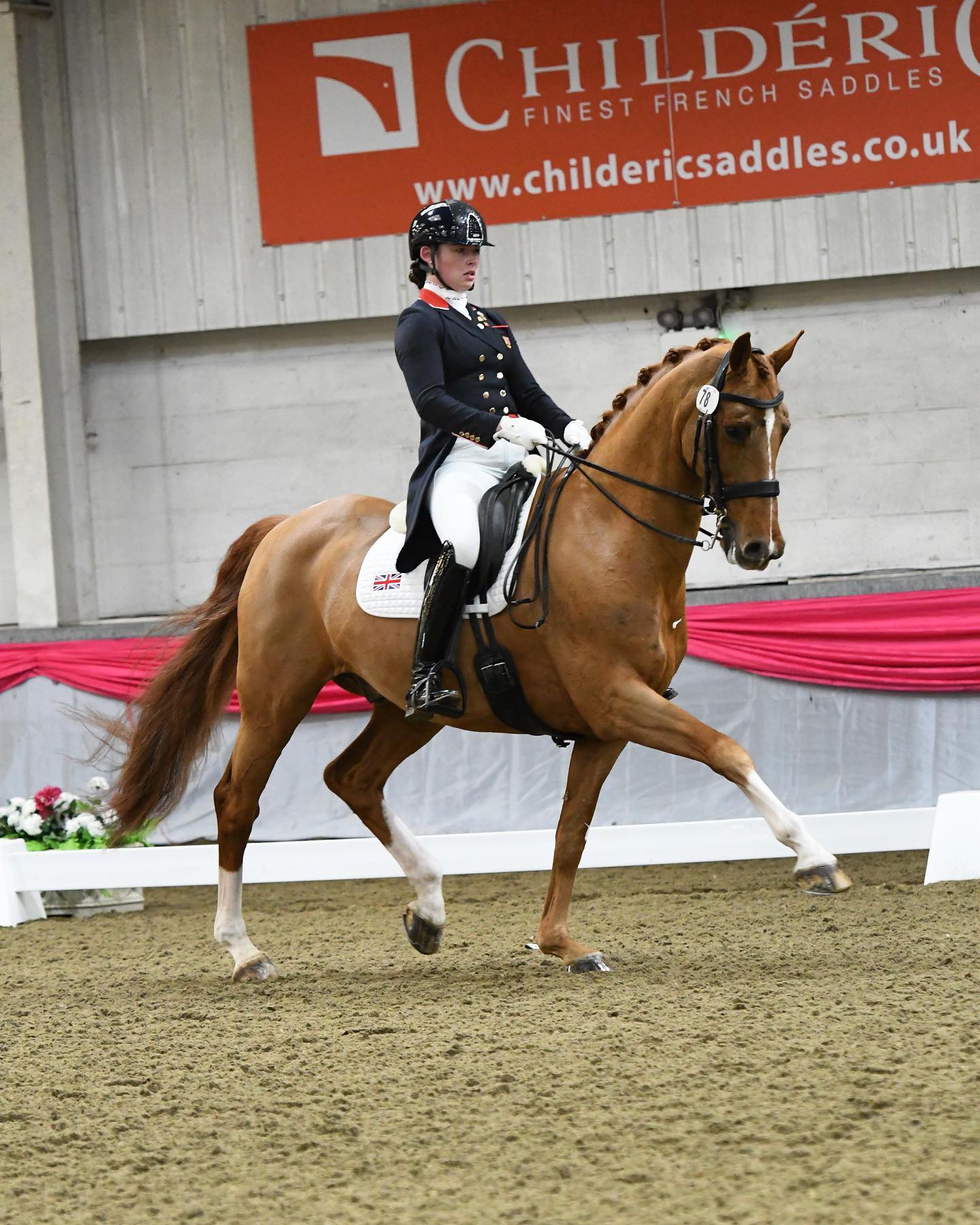 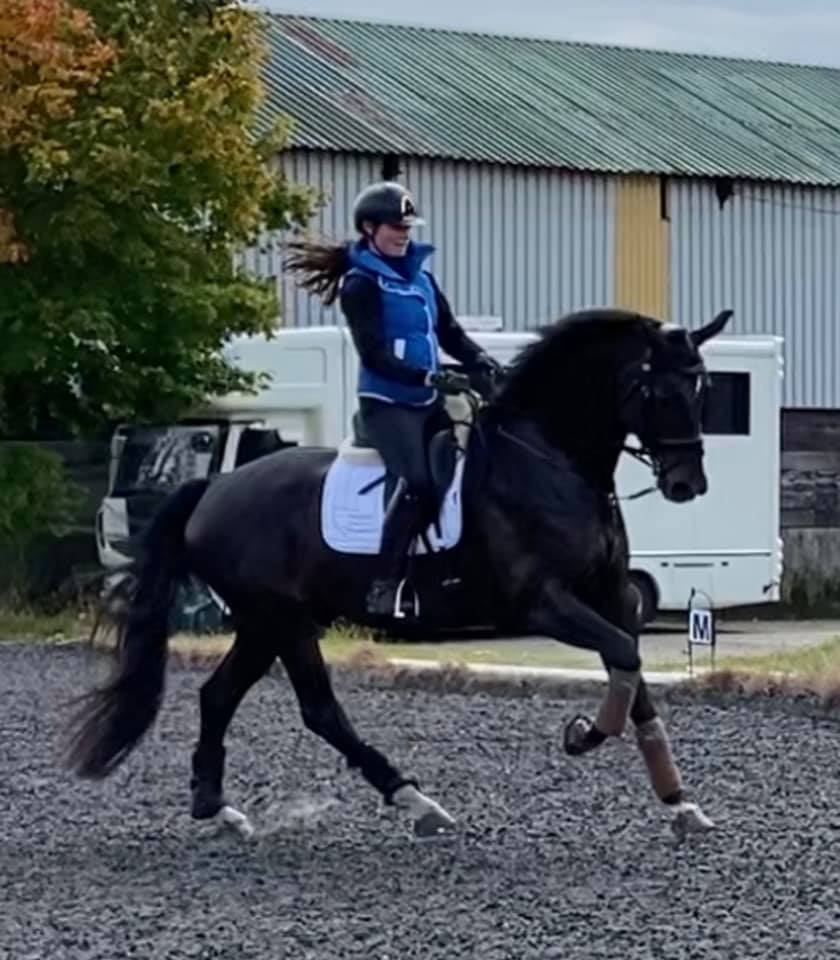 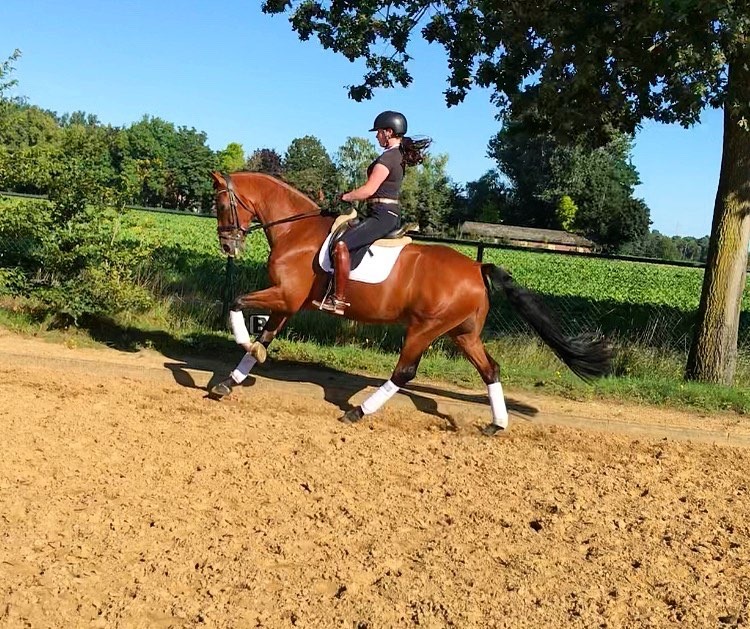